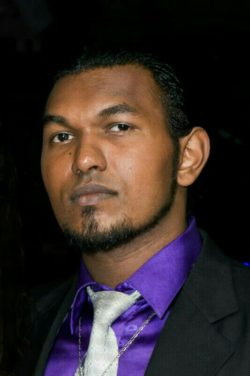 Mr Renaldo Ramai is a highly experienced Music Educator with an active composition and performing career. He has been teaching for over a decade at multiple local and international institutions. Composition is a passion Renaldo vigilantly pursues and he has created hundreds of musical pieces showcasing his versatility and creativity. His composition portfolio also includes pieces composed for The University of Trinidad and Tobago in plays such as “The Odyssey” and in animations such as “Benevolence”.

As a performer Renaldo has won the 1st place prize in 2013 at the national guitar competition known as “Guitar Wars”. He has been performing guitar, bass, keyboards and drums live on stage from the tender age of 10 years old and still continues to perform today making him a highly sought-after session artist with well over five hundred performances under his belt. Renaldo has toured and performed with a long list of bands, including Soakin (which has been featured in OMG magazine and Synergy TV) and featured duets with Stephanie Kalloo and more.

In addition to his musical pursuits, Renaldo is has been a successful Entrepreneur since 2003 with two successful part time businesses, locally renowned Events Promoter since 2010, Artiste Manager since 2012, Leader of Bands since 2005 and Role Model to local youths. Renaldo Ramai is one of the few persons that can boast of having over two decades of successful experience in a multitude of fields in the entertainment industry, yet is young enough to have grown up with the youths of today and therefore understands what the future needs. Renaldo recently completed his Bachelor of Fine Arts Degree in Music from the University of Trinidad and Tobago.